Home / Opinions / What do the German attacks have in common? 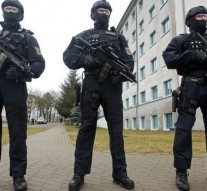 No Comments on What do the German attacks have in common? 55

On 18 July 2016, a Pakistani, Muhammad Riad, injured with an axe five Chinese tourists on a train heading to Würzburg, in Bavaria. In a video he had sworn his allegiance to the Islamic State.

On 22 July 2016, Ali Sonboly, a German of Iranian origins with psychiatric problems and an insane passion for video games, opened fire in a shopping mall in Munich and killed nine people. He was not related  to the Islamic State.

On 24 July,  in Reutlingen, near Stuttgart, a Syrian asylum-seeker killed a woman with a machete, apparently for sentimental reasons.

On the same day, Mohammed Delel, another Syrian asylum seeker, detonated an explosive device in his backpack during a music festival in Ansbach.

What do the German attacks have in common?

What do the German attacks have in common? First of all, they were committed by asylum seekers, immigrants, and other foreigners who were naturalised Germans citizens. They also show the failure of Germany’s policies of reception and integration.

These attacks hit the Western lifestyle, are accomplished in malls, on trains, in music festivals. Although one of the motives behind them is Islam, a religion identified with strong, traditional values, these attacks are an expression of individualist anarchist terrorism.

Nihilism is the answer

Behind these attacks, there is just the nihilism of folks who hate life and show no compassion or empathy for it. It does not matter whether it is their own life or those of other people. In their world of competition, which is total, there is no place for identifying with their neighbours, who simply are video game characters.

If we to analyse these attacks, we need to read what Nietzsche wrote on nihilism, Dostoevsky’s novel Demons and the existential analysis lead by Martin Heidegger in his book Being and Time.