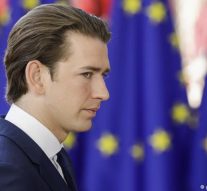 «Austria will not join the United Nations migration pact». With these words, as reported by Reuters, Austrian Chancellor Sebastian Kurz announced the intention of the Austrian government not to sign “The Global Compact for Safe, Orderly and Regular Migration”, approved in July by all 193 UN members, except the United States. He strongly criticised the UN pact saying: «We view some points of the migration pact very critically, such as the mixing up of seeking protection with labor migration».

Heinz-Christian Strache, leader of Austria’s nationalist, anti-migration Freedom Party and Vice Chacellor, has strengthened Kurz’s words: «Migration is not and cannot become a human right. It cannot be that someone receives a right to migration because of the climate or poverty». Even though it is not binding, the Austrian government is worried that signing to the pact could be interpreted as a move towards the recognition of a «human right to migration».

Reactions immediately came out. Louise Arbour, UN Special Representative for International Migration, declared: «It is no possible sense of the word an infringement on state sovereignty − it is not legally binding, it’s a framework for cooperation,” she told Reuters. According to «The Guardian» she also said: «the question of whether this is an invidious way to start promoting a “human right to migrate” is not correct. It’s not in the text; there’s no sinister project to advance that».

Also the European Commission replied to the Austrian chancellor’s words. A Commission spokeswoman, Natasha Bertraud, said: «we regret the decision that the Austrian government has taken. We continue to believe that migration is a global challenge where only global solutions and global responsibility sharing will bring results».

Furthermore, the President of the European Commission, Jean Claude Juncker, as reported by The Daily Express, added: «I very much regret this. It is unacceptable for the EU not to be able to speak with one voice on this matter. We will be talking to our Austrian friends in the next few weeks».

The matter is that Austria is not the only European Union country which will not sign the pact. Indeed, after the Hungarian Prime Minister Viktor Orbán who rejected it later in July, the 1st of November, also the Czech Republic Prime Minister Andrej Babiš said that he doesn’t want to join the pact, to be signed in December in Marrakech and voted on next year. Moreover, during a press conference on Friday, 2nd of November in Warsaw, the Polish Prime Minister Mateusz Morawiecki said: «It is very likely that we will not be part of the global pact».

The Visegrád block is raising solid against the pact. They will not draw back from their position. Migration has become a key political issue for these countries and especially for the parties in power. Now the issue is too big to step back. Who will be the next one? Could it be Italy? For sure it is a good candidate.