Home / Space policy / Croatia and the outer space: the beginning 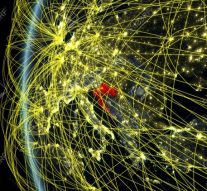 No Comments on Croatia and the outer space: the beginning 455

Legislative priorities will include progress in the negotiations on the Horizon Europe programme and the space programme, focussing on the development of telecommunications. This is to secure high standards for the well-functioning of 5G networks. Cyber security follows with a possible implementation of the European Cybersecurity Industrial, Technology and Research Competence Centre, and the Network of National Coordination Centres, for facilitating cooperation among the research community and the industry. The Presidency is keen to keep working on the policies of connectivity, the digital single market and in new ones as Internet of Things and AI.

As from one side Croatia is open to digital and innovation, on the side of space policy is new to this environment. Beside some research institutes and companies, the country lacks a proper comprehensive national space program, however the 2017 accession process with ESA and following cooperation agreement in 2018 has created optimistic synergies between space science, research, education and industry. Since 2015, the Republic of Croatia participates as observer state at the sessions of the ESA Council, the International Relations Committee and other working bodies.

The ESA-Croatia cooperation agreement marks a milestone for the latter, also for economic interests: almost most of the ESA budget is allocated to European Member States industries through contracts, opening business opportunities in Croatia. Croatia has an active network of companies and institutions working comprehensively for a Croatian space industry, among which the Adriatic Aerospace Association is the most renown. A non-governmental and independent association, it promotes the R&D in the aerospace sector, projects leader, education and international cooperation, with the goal of “listing Croatia in the list of countries participating in one of humanity’s largest ventures”.

To fulfill this goal, Croatia has already started by preparing the launch of the first Croatian CubeSat 2U satellite with camera as the main payload. Part of PERUN I project, Croatian cubesat, whose main mission is to take pictures from the Space at height of 550km for educational purposes, this is supposed to initiate the first Croatian Space program.

For small and medium-developed countries, the space sector brings together a wide range of diverse activities that without coordination it is difficult to achieve. In Croatia, for example, there is a two-side vision of this sec development. On one side is to encourage the development of the companies without any special coordination that subcontracts supplied components for large projects in aeronautical-space sector, since the central development being in other countries or run by space agencies. If the advantage of this approach is that the state does not have the responsibility of organizing this complex sector, the disadvantage is that there is a strong market competition. On the other side, is the organization of the sector in which the scientific and technological activities are gathered around a common program. The advantage is that such a program is far better to ensure the stability of the economy. On both sides, the lack of the state and the tight coordination of all components of the sector makes it difficult to achieve results.

With a good focus and coordination, the same contribution of this sector is to be expected in the Republic of Croatia and to be at a comparable level. National companies’ examples already benefitting by the ESA cooperation agreement are growing, with companies participating to European tenders and grants, as the European Structural and Investment Fund for Internationalization. Many of these companies are representatives of hearth observation and exploration missions, a very active area at European level for geolocation services, such as Copernicus services, which will yield between €16.2 billion and €21.3 billion in economic gains over the coming years.