Home / External Relations / The strength of the humble ones: Croatia takes over the presidency of the EU 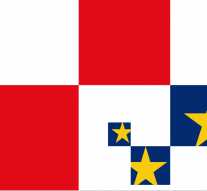 No Comments on The strength of the humble ones: Croatia takes over the presidency of the EU 60

From 1st January to 30th June 2020, the last member State having joined the European Union will take over the Presidency of the Council of the European Union for its very fi­rst time since the country entered the EU in August 2013. During this semester, Croatia (cooperating with Romania and Finland, which have held the presidential chair until December 2019) will lead the activities of the Council building cooperation and agreement among Member States in a spirit of consensus and mutual respect –  as Andrej Plenković, current Prime Minister of Croatia, put it down at the beginning of the presidency.

It is out of question that Croatia will be now given a significant opportunity for political visibility with the Presidency of the Council of the European Union in this first half of 2020. As for its assertive foreign policy, given the fact that both the current Head of State and Prime Minister are former career diplomats, thus particularly keen on playing any “pivotal” diplomatic role, this has of course helped raise Croatia’s profile within the EU. Moreover, Zagreb’s foreign policy is deeply active on a variety of fronts.

First, within the EU, in search for its own better place and, at the same time, strengthening its bilateral cooperation with strategic partners; second, in the Central European theatre, where is guiding together with the Poles, the US-inspired “Three Seas Initiative”, an ambitious energy, infrastructure and digitalization project designed to better connect among them the Baltic, Adriatic and Black See regions; third, on a global scale, giving high priority to economic diplomacy, towards China and beyond, as a source of infrastructural investments and tourism, as well as a potential market for its goods.

The Croatian Presidency inevitably comes at a time of major transformations for the European Union, at the beginning of a new legislative cycle following the reorganization of the EU institutions, as well as at a time of challenges resulting from the Brexit dilemma. In a wider context disseminated with uneven economic development, increased migration, spread of disinformation, climate change and ramping populism, these are just some of the challenges that can only be faced by a strong Europe.

Against the fragile post-recession global scenario we outlined before and the moldability of yet uncharted dynamics within the European Union, Croatia will now play a major role in defining the right policies and that is why this country needs to be looked from now on from a more geopolitical perspective.

The position of the country, for example, that lies at the crossroads of diverse political and ethnical areas has something to say about the history and the future of this maritime and continental country, washed by the Adriatic Sea. From one side, the former Yugoslav republic represents an offshoot of the Euro-Atlantic system towards South-Eastern Europe – in addition, Croatia shares its external border with the Western Balkan region, an area of interest for the entire European Union, whose six countries are willing to join the European integration process soon. From another side, Croatia shares borders with the so-called “Višegrad 4” area, with which Zagreb of course shares common interests, but often distancing itself from the always more frequent sovranist postures of the Višegrad group.

In the end, Croatia sees itself as an Adriatic and Mediterranean country, hence seeking a role in the intergovernmental cooperation mechanisms regarding that region.

Croatia is strategically crucial for Russia’s Central Europe-bound gas export policy: the country is seen by Moscow as an open door to the Adriatic Sea, as well as its possible foothold, after recent setbacks in Montenegro.

On its part, China too is pointing its eyes on Zagreb and the Croatian harbors as future entry points for its goods arriving via the Suez Canal. Moreover, during the “17 plus 1” Summit last April in Dubrovnik it has been decided to pour huge funds into the country with the objective of building strategic Chinese infrastructure and transport projects. In parallel, this brand-new partnership has been accompanied by an increase in the inflow of tourists from the People’s Republic.

Consequently, the US have matured an interest in Croatia, as a useful bastion to contain both Russian and Chinese activism and appetites for influence in the region. At the same time, US military and industrial interests are keeping a watchful eye on the opportunities offered by the NATO-related military capability enhancement programme that Zagreb is undergoing. Necessarily Washington knows that the former Yugoslav republic also plays an important role about the neighboring Bosnia and Herzegovina. This comes with the role that Croatia has in that country based on its interpretation of the 1995 Dayton Peace Accords, leading Zagreb to invoke a “droit de regard” on the Croatian constituent people in Bosnia.

In the context of an always greater Islamification of Bosnia, in a less secular way than it was during the past, with all the fears related to possible connections with extremist groups and non-EU countries interested in nurturing the current state of the things, Zagreb considers the constantly decreasing number of Bosnian Croats in Bosnia as an alarming signal. A development that Croatian authorities believe to be linked to the emigration pull factor resulting from poor economic perspective in the country and the alleged feeling of political marginalization.

Zagreb aims at defending the interest of the Bosnian Croats, serving the purpose of making their presence more concrete as a stronghold against the imbalance between the majority of Bosniaks, the Muslim population, and the increasingly smaller number of Bosnian Croats, one of the “constituent peoples” of the Federation of Bosnia and Herzegovina.

In a not so utopist scenario, a mainly-Muslim Bosnia could easily turn to Turkey as its mentor, while forging relations with other Middle-eastern players who are striving to further project their economic interests and, why not, their political influence.

In this general context, an economically-growing Croatia is now getting ready to take over the presidency of the Council of the EU and it will surely be confronted with some still pending relevant questions. Enlargement to other member States appears to be quite a big deal in the aftermath of the European Parliament elections and considering the difficult dialogue between Belgrade and Priština, in addition to the fragile stability in Bosnia and Herzegovina and the problematic domestic situation in Albania. Not to mention some still pending problems between Croatia and Slovenia (starting with the definition of the border in the Bay of Piran) and at least eight open issues with Belgrade (starting, as an example, with the sensitive topic of “missing persons” during the 1991-1995 war).