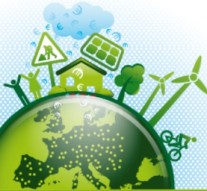 No Comments on An Energy Efficiency Revolution 231

As a suitable mean to address the triple challenge of the current economic crisis, energy dependency and climate change, energy efficiency is increasingly becoming an area of emphasis on the EU’s policy agenda.

The European Union is committed to saving 20% of the primary energy consumption by 2020 compared to a business-as-usual scenario. The “Europe 2020 Strategy” for jobs and smart, sustainable and inclusive growth includes energy efficiency among its headline targets. Consequently, the EU had updated the Union’s legal framework for energy efficiency.

The Energy Efficiency Directive (2012/27/EU – EED) has been put in place to pursue the overall objective of the energy efficiency target of reducing by 20% the Union’s primary energy consumption by 2020, and of making further energy efficiency improvements after 2020.

European Union Member States will have to improve their energy efficiency by nearly a third in the next 15 years, under new proposals agreed by the European Council in 2014.

EU countries have agreed on a new 2030 Framework for Climate and Energy, including EU-wide targets and policy objectives for the period between 2020 and 2030. These targets aim to help the EU to achieve a more competitive, secure and sustainable energy system and to meet its long-term 2050 greenhouse gas reductions target.

The strategy sends a strong signal to the market, encouraging private investment in new pipelines, electricity networks, and low-carbon technology. The targets are based on a thorough economic analysis that measures how to cost-effectively achieve decarbonisation by 2050.

The cost of meeting the targets does not substantially differ from the price we need to pay anyway to replace our ageing energy system. The main financial effect of decarbonisation will be to shift our spending away from fuel sources and towards low-carbon technologies.

The target – namely to improve efficiency by 27% by 2030 – had been the subject of disputes. On one hand, some industries wanted to avoid establishing firm goals and rather preferred to rely on the market and the EU’s carbon price to provide an economic incentive to cut energy waste. On the other, a tougher target had been advocated.

To implement the new target, the European Commission intends to publish a set of proposals to revise various sections of the energy efficiency directive (2012/27/EU – EED) at the end of September 2016. Before then, the Parliament will issue its own initiative report to provide inputs.  What direction is the report likely to suggest? How will it address the EU’s climate change ambitions, as expressed at last year’s COP21 conference in Paris? 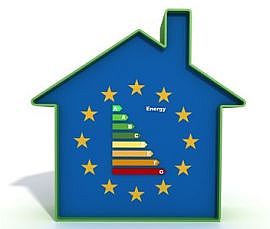 The common idea within the European Parliament is that the Energy Efficiency Directive provides an excellent framework for energy saving. Even at this early stage of its implementation, it has already begun to deliver results for EU.

However – according to the Commission’s own “State of the Energy Union” report – Member states are projected to reach only 17.6 % of primary energy savings by 2020. Therefore, any planned revisions should not remove the need to pursue full implementation of the existing legislation.

For more information on the EU and COP21 Objectives, read “The Year For EU To Change Climate Change.”

The current directive emphasises flexibility in implementation, which is a good idea in principle, but has led to a situation where, to date, only 16 member states have taken measures towards delivering end-use energy savings according to the directive. Furthermore, seven member states have not even established energy audits.

Perhaps more significantly, COP21 has brought a new perspective; if the EU is to maintain its position as leaders on the fight against climate change, they need to up their ambition and make it stick.