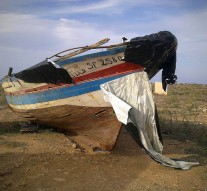 No Comments on The European Agenda on Migration: the Members States’ reluctance 186

As mentioned in previous articles, the European Commission has stepped up the reaction to the current migration crisis. The European Agenda on Migration announced immediate and long term actions to “manage migration better”, some of them already proposed by the Commission few days later.

Greatest criticism has been expressed on the proposal concerning the relocation of 40,000 Syrian and Eritreans from Italy and Greece within the next 2 years, providing that Member States will receive €6.000 for each person relocated on their territory. As explained in our last article, the relocation will be based on a distribution keys, taking into consideration the specificity of each Member State but setting a fairer way to admit and distribute asylum seekers in the EU that embeds the principle of solidarity that should characterize the Common European Asylum System.

40.000 of migrants to relocate in 2 years is a quite ridiculous number, if we consider that already 102.000 migrants have arrived by sea in Europe this year. According to IOM, 54.660 migrants reached Italy, after departing almost exclusively from Libya (among others, 10.985 Eritreans and 3.185 Syrians), and 46.150 migrants reached Greece, departing mainly from Turkey.

However, many EU Member States have already expressed a position against this measure. France and Germany urge corrections to the distribution plan, that in their opinion should take into consideration that the greatest portion of asylum seekers is currently hosted by 5 countries, but also asking for  “exercising responsibility, solidarity and fairer burden-sharing”. Spain rejects the possibility that refugees are placed in its territory, flagging their ongoing efforts to manage the flow of illegal immigrants from North-West Africa.  Poland expressed to oppose the idea of a distribution key decided by a European Institution. In addition, the Prime minister mention to be willing to accept only Christian Refugees.  Czech Republic also share the position of Poland against distribution quota, flagging the fact that they have already resettled 765 people in 2013. Slovakia joins the criticism against distribution keys and the support to relocation based solely on voluntary decision.

It is important to mention here that funding has been made available by the Commission to support countries deciding to relocate asylum seekers and refugees at least since 2008. However, a very little number of refugees was relocated on the basis of the voluntary decision of Member States. Now the Commission’s proposal asks all Member States to finally give application to the principle of solidarity, but unsatisfied countries risk to jeopardise a positive outcome of the voting and, consequently, the Commission’s plan.